Having spent the last 3 months in these countries and getting some appreciation of their dependence on fossil fuels – oil, gas, coal – one realises how loopy is the idea popular in societies like New Zealand that have negligible stocks of any of them, that producers should just stop extraction.

There’s only one way to mitigate emissions – and it’s not to expect international collaboration of politicians to deliver some sort of nirvana. It is for technology – in response to changes in consumer demand – to reduce our dependence on fossil fuels. Policies such as Labour’s moratorium on oil exploration are nothing more than virtue signalling – utterly irrelevant. The world has an abundance of fossil fuel so it’s not going to be price that reduces demand for combustion engines and fossil-fuelled industrial processes.

The relevant question is whether consumers really care enough about the climate to force technological substitution? The answer is yes – and will increasingly. In other words forget politics and politicians delivering anything in this space more than noise – albeit highlighting the issue via endless debate and inadequate responses. They will spend a lot of energy and taxpayers funds thrashing around devising policies doomed to fail. But that’s fine – beyond the sideshow of political flagellation, consumers and producers will conspire to substitute emissions out of the production process anyway. The forces of adjustment have already started with insurance premium hikes for those in the front line of climate change risks, higher risk premiums required by investors to invest in fossil fuel processes, and the falling relative price of alternatives as innovation in fossil fuel alternatives reduces the cost of substitution. It’s these market responses that matter.

The Green Party’s promotion of a feebate regime for EVs v combustion cars is about the extent of how our political regime can nudge market forces. An ETS with farmers getting a 95% discount on emissions is a better signal of the reality of climate politics. On a global perspective
political intervention shows no signs of being able to accelerate that switch (global emissions are still primarily driven by economic cycles, the underlying trend remains upwards). Better then that political efforts in New Zealand are engaged primarily on issues that deliver tangible and significant outcomes – namely climate change adaptation – for instance ensuring public infrastructure is future-proofed.

Globally, political mitigation machinations are going nowhere significantly, the sole contribution from the political process – and it is significant – has been to keep the critical issue of climate in the headlines. That helps drive consumer and business responses but it’s important we acknowledge that’s the best politicians will ever do in this space.

In the economies we’ve just spent a few months in (and together they dwarf New Zealand) there is zero sign of any emerging “fossil-fuel lite“ economy. No wonder it looks like 4 degrees warming or more is a lot more likely than 2. New Zealand needs to step up its adaptation efforts – that is, get ready ! 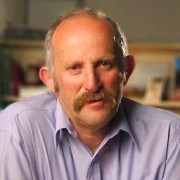